Open Surgery and when we choose it

When other methods are useless

It is impossible to determine at what stage during the evolution of the human species the art of surgery first emerged. Most probably it was when a clever and daring healer realized that "what cannot be healed by medicine can be healed by the scalpel." Numerous findings, both prehistoric and later, suggest the application of surgical techniques for the treatment of various ailments. The development of general anaesthesia opened up the horizons for surgery. With the patient asleep on the surgical table and with the abdomen "opened up", the surgeon was given the opportunity to access every space and organ in the peritoneal cavity. The 19th century witnessed the great moments of general surgery. The giants of surgery dared and where successful in curing serious illnesses of the time using daring surgical procedures which have gone down in history bearing their names. Although in my everyday professional practice I choose to apply laparoscopic or robotic surgery, open surgery still remains a powerful tool in my hands. I opt for it in emergency situations where, for a problem to be solved there is a requirement for speed, wide surgical exposure, and broad surgical manipulations, for example in cases of severe bleeding, severe septic peritonitis, or for extensive abdominal trauma. An open surgical field is also required in cases of large neoplastic tumours, as they must be removed intact, inevitably necessitating a large incision. 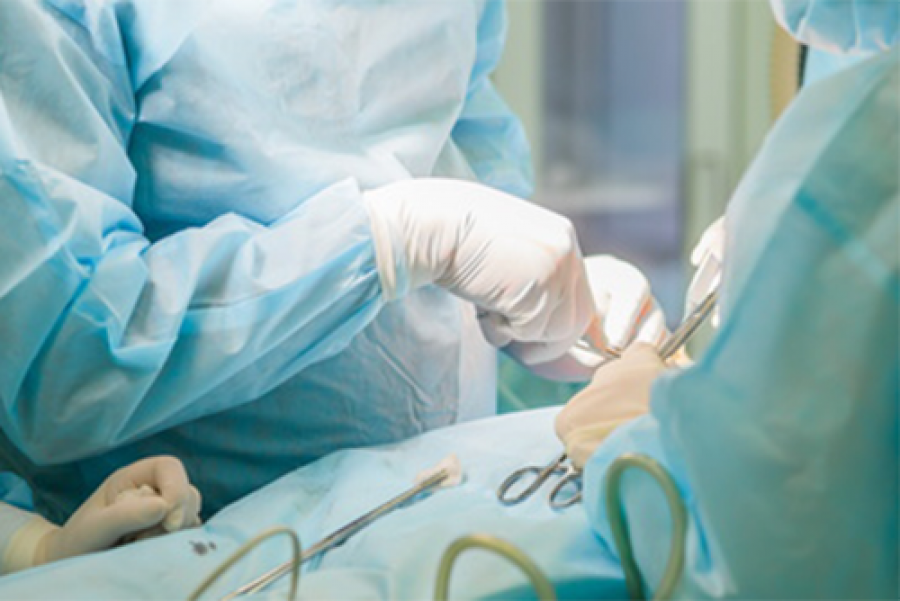 The advantages of open surgery stem from the fact that the complete operation is carried out via a large surgical incision, in direct view, through which broad manipulations may be implemented.
✓It is possible to exert pressure on a large vessel or on a surface that is bleeding following for example a car accident.
✓It is possible to carry out lavage of the abdomen using normal saline and removal of septic necrosis in cases of necrotic, septic or faecal peritonitis.
✓It is required in cases where a large, benign or malignant tumour has to be removed. In these cases, the ability to access and control large vessels is required in order to deal with any serious bleeding. Also, to remove a tumour intact from the abdomen a large incision is required.
✓It is required in difficult or multiple repeat operations.
Open Surgery

Despite the convenience offered by large open incisions, very early in the history of surgery it became clear that they were directly linked to most post-operative complications. Surgical trauma is directly related to the prolonging of the patient's postoperative rehabilitation time, with all the economic as well as social consequences this entails.
The main disadvantages of Open Access are:
✓Pain. The larger the surgical incision is, the more nerve endings are injured, and the more painful stimuli generation points are created.
✓Post-operative Infections. Open trauma leaves skin exposed to surgical infections as skin barrier against germs is abolished. Due to remarkable post-operative pain caused by large incision, patients tent to restrict their respiratory movements and coughing, often leading to postoperative respiratory infections. In addition, following major operations the patients' immune system is compromised, making them generally vulnerable to infections.
✓Wound dehiscence, post-operative hernias. Major surgical wounds consume large energy reserves for their healing process, upsetting body's energy balance, which may fail to fully heal the incision. In the simplest cases this causes postoperative hernia, while in the more serious ones it can develop into a breakdown of the surgical wound with adverse effects. ✓Adhesions and post-operative ileus. Every time the peritoneal cavity (abdomen) comes into contact with a surgeon's hands, surgical instruments and various materials, as well as for every minor or major trauma surface that is caused by surgical manipulations, the body initiates the process of healing. During this process a large amount of collagen is produced in order to fill the voids and cover the wounds. On many occasions, the deposit of collagen creates bridges via which organs and surfaces stick together. These bridges are called "Symphysis". Quite often, symphysis may immobilise the intestine in such a way that it can no longer push its contents along (intestinal obstruction). This condition is called "Post-operative or Adhesion Ileus" and is both serious and urgent.
How we met